Looking to have a magical and unforgettable bachelorette party? Disney is the place to be! I’ve always been a huge Disney fan. So when it came time for me to plan my own bachelorette party, I knew exactly where I wanted to go. Disney did not disappoint. They made this huge moment in my life memorable.

Obviously, you’ll want to go on your bachelorette party within a month or two of your wedding. I went on mine exactly one month before and luckily the timing was perfect. September is the least crowded month at Disney because kids are back in school. Besides Labor Day, there aren’t any big holidays or events. However, we were able to catch the beginning of the Food & Wine Festival.

If you plan to go to Disney during peak season, make sure to go during the week instead of the weekend. This was our agenda:

There were hardly any lines the entire time we were there. The Food & Wine Festival wasn’t crowded at all on Friday night, but Saturday it was insane!

Staying on Disney property is extremely expensive – probably more than your crew wants to spend on your special trip. I used Airbnb to find a condo, Wyndham Bonnet Creek, on Disney property. While we didn’t get Magic Hours (an hour before the park opens), our condo was only 5 minutes or less from all of the parks. Plus, it had 4 beds, a kitchen and many hot tubs and pools outside. 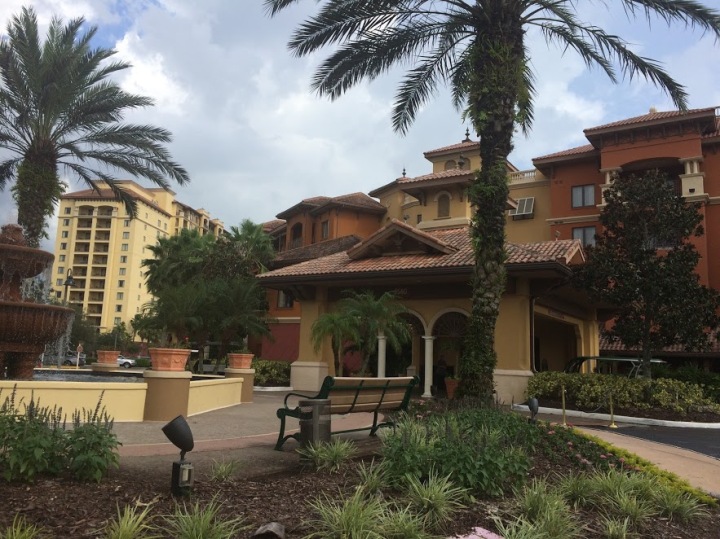 Location: Wyndham Bonnet Creek
The cost: Around $600 – only $100 per person for the entire 3 nights!

First, I had to call all of my friends to see if Disney was within their price range and when they could go. It’s not the cheapest trip and it did require some PTO, but it’s totally worthwhile. Once everybody was excited and on-board, the planning officially started!

If there’s anything you’ve learned about me from my previous blogs, it’s that I love to plan. I love creating schedules and itineraries – weird, I know. Here’s what I did:

What to Do in Disney Springs?

Out of all my Disney trips, this was my first time to go to Disney Springs and I LOVED IT! It’s like the French Quarter in New Orleans and Beale Street in Memphis…you can walk around with alcohol throughout the entire place.

The biggest bonus…there’s entertainment around every corner. At one point in time, I was participating in a rap battle.

​
The next time I was dancing to music with a guy in a bedazzled Ferrari outfit.

​
Later that night, we went to the Bongos Cuban Cafe where we danced around the restaurant while tossing a napkin in the air. The overall favorite of the night was being sung “Happy Marriage to You” (set to the tune of “Happy Birthday”) by our waiter at Paradiso 37. Plus, they gave us a free dessert.

This is a great place to get your Minnie ears before going into the park!

How to Do Walt Disney World Parks in 2 Days for a Bachelorette Party?

Taking on Walt Disney World in two days is quite a challenge, but it’s definitely doable. Hell, I’ve done Disney in one day – my engagement! Here was our agenda:

8:00 AM: Called an Uber and headed to the parks early to purchase our tickets for Saturday.

8:30 AM: Bought tickets for Saturday and got in line. Some of the girls were able to get a discount even though they bought their first ticket months before. Unfortunately, three of us weren’t able to because we bought our tickets through a 3rd party.

TIP: While the park normally opens at 9 AM for the general public, they’ll normally let you in around 8:45 AM. So, it always pays off to get there early.

9:00 AM: Headed straight for the Seven Dwarfs Mine Train (it is the newest ride in Disney and it has the biggest line) and the rest of Fantasyland. Small kids don’t start rolling into Disney until around 10 AM or later. The next ride should be Peter Pan as it always has a long wait.

From there on out, we worked our way through all of our fast passes. Then, went and got more. To be honest, we were able to walk on most of the rides with little to no wait. Use the My Disney Experience app to check wait times before heading to an attraction.

4:30 PM: Finished up the Magic Kingdom and headed to Epcot on the Monorail and started drinking around the world!

TIP: My dad taught me how to really do Disney right! If you have the park hopper pass, you go to different parks during the day like Magic Kingdom, Hollywood Studios and Animal Kingdom. Then, you go to Epcot for the rest of the evening where you eat at a different country each night.

​
9:00 PM: Called it a night and headed back to the condo to rest before tomorrow’s big park day.

8:30 AM: Called an Uber and headed to Animal Kingdom. 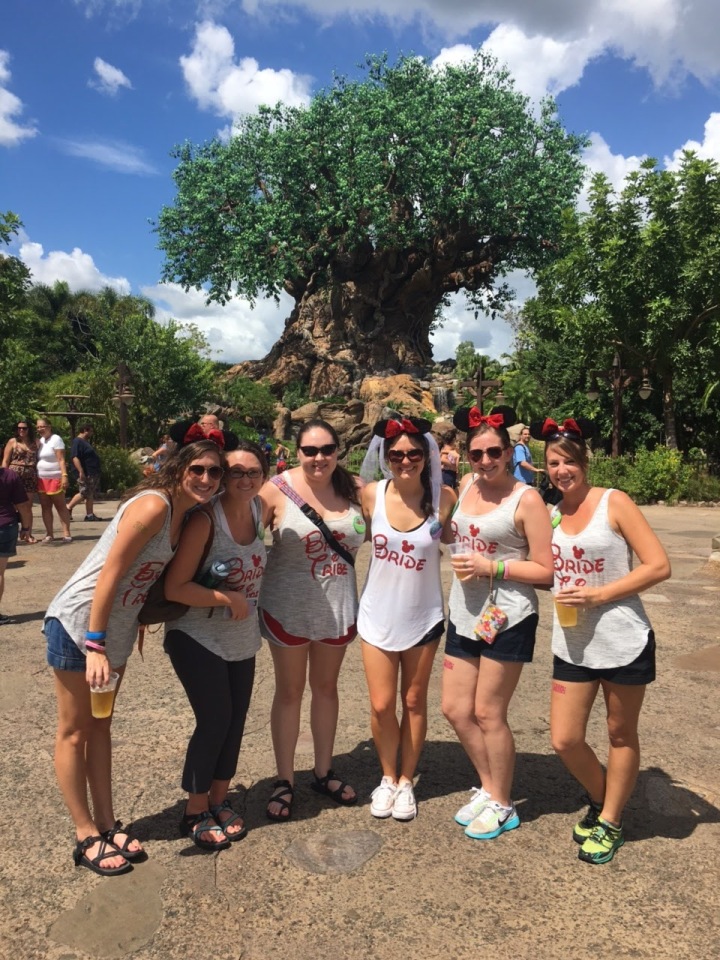 9:00 Headed straight to Everest. It is one of the longest lines at the park!

12:00 PM: Headed over to Hollywood Studios on the free park-to-park buses.

1:00 PM: Entered Hollywood Studios and grabbed lunch. Then, headed straight to Star Tours since we had fast passes for the other big rides.

3:00 PM: At this time, I went back to the condo and relaxed for a bit. The alcohol + the rides + the heat + being tired = need for relaxation. The rest of the girls went there separate ways. Three of them went to Epcot and two of them went to Disney Springs to watch football.

5:00 PM: Met the gang at Epcot to finish up the day at Walt Disney World. We drank some more and found a seat at the Italian restaurant.

9:00 PM: Headed back to the condo to get ready for clubbing in Downtown Orlando.

10:00 PM: Went clubbing in Downtown Orlando at Cuba Libre. We’d heard about it from the World Showcase employees.

Disney Tips to Make It Magical:

One thought on “﻿﻿How to Throw a Disney Bachelorette Party”